No Consultation from LibDems on Bath Green Space Decisions 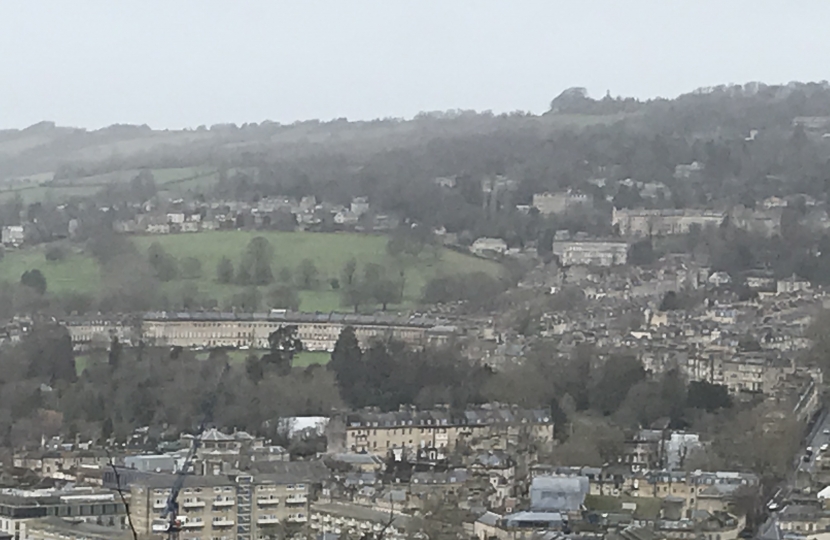 The two sites, previously the Entry Hill Golf Club in Combe Down and the Approach Golf Course on High Common in Lansdown, are due to be handed to new non-golfing operations by Council Cabinet decision at a meeting on Thursday 11 February.

The decisions will see the closure of all public golf facilities in the City, with very different activities moving on to both sites.  Proposals were made last year for potential projects including off-road cycling courses, and frisbee-throwing pitches, and outdoor educational centres.

"It is sad that young people in particular will in future be denied a low-cost opportunity to learn to play golf in the City, especially as there has been no consultation on the plans. The LibDems are attempting to bulldoze through decisions on important open green spaces, without consulting with residents on the final decision.  If the Council wants to make changes, its preferred options should be made public, and residents allowed to comment before contracts are signed.

"What is the Administration scared of? This is a shoddy way to behave, councillors should be ashamed of themselves.

"Local residents have contacted me, very upset and worried.  Something is about to be dropped on their doorstep, and they've not had a chance to comment.  What does the Council have to lose by delaying for a short while, and allow the public who will be most directly affected to comment?"

Bath Conservatives are urging those concerned about the Council's intentions to urgently email or write to the Cabinet member responsible, Councillor Paul Crossley, on paul_crossley@banes.gov.uk.

Local residents in Lansdown have launched an online petition on the Approach golf course site at www.change.org., which has gained hundreds of new signatures in the last few days.