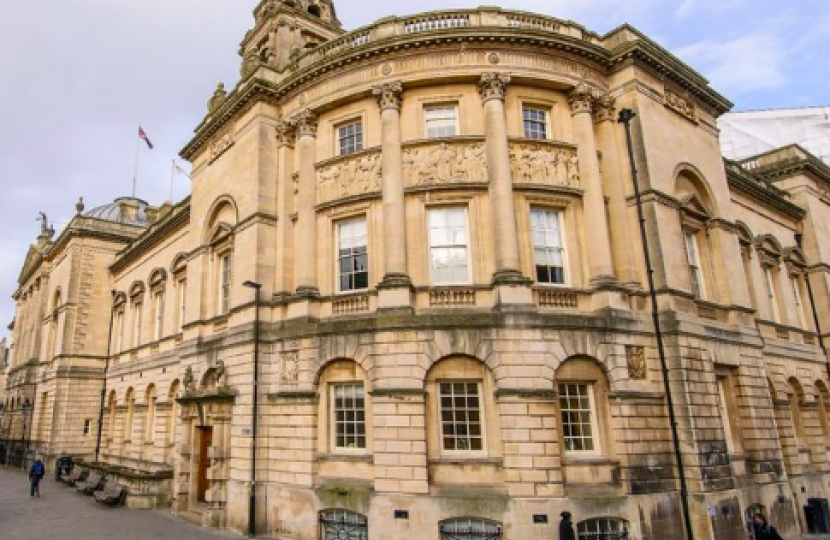 The Liberal Democrats’ ‘skewed priorities’ will see some of the most vulnerable communities hit hard by the Budget proposals for the coming financial year, say Bath and North-East Somerset Conservatives

At tonight’s (23 Feb) full Council meeting, the LibDem Administration voted in favour of the Budget proposals for 2021/22, while the Conservative Group voted against.

The Conservative Group’s main objections to the Budget are listed here:

The specific budget proposals to which the Conservatives objected, along with the reasons for their objection, are outlined here:

In the coming financial year, Council Tax for B&NES residents will increase by 4.99%. For the average Band D property, this is an increase of £72 for the year. The Conservative opposition has reminded the Council that is a large sum of money, one that will hit poor households the hardest.

Another concern for the Conservative councillors was around the Administration’s priorities for B&NES. Number one on their Areas of Strategic Priority over the next two years is the creation of Low Traffic Neighbourhoods, while supporting the economy to recover from the pandemic is fourth out of five.

Cllr Paul Myers, Leader of the Conservative Group on Bath and North East Somerset Council, said: “This Budget provides further evidence, if any were needed, that the Liberal Democrats in charge of the Council are completely out of touch with the community they serve.

“The only conclusion we can draw from this irresponsible Budget is that they are completely unaware that we are in the middle of one of the biggest public health and economic crises of our lifetimes, as there is not a single proposal that will help residents and businesses recover from the pandemic. Indeed, their proposals will only hamper our recovery.

“The Council Tax increase will hit the poorest the hardest and the savings in Adult’s Services and Children’s Services could come at the cost of affecting the services users themselves, some of whom are among the most vulnerable in our community.