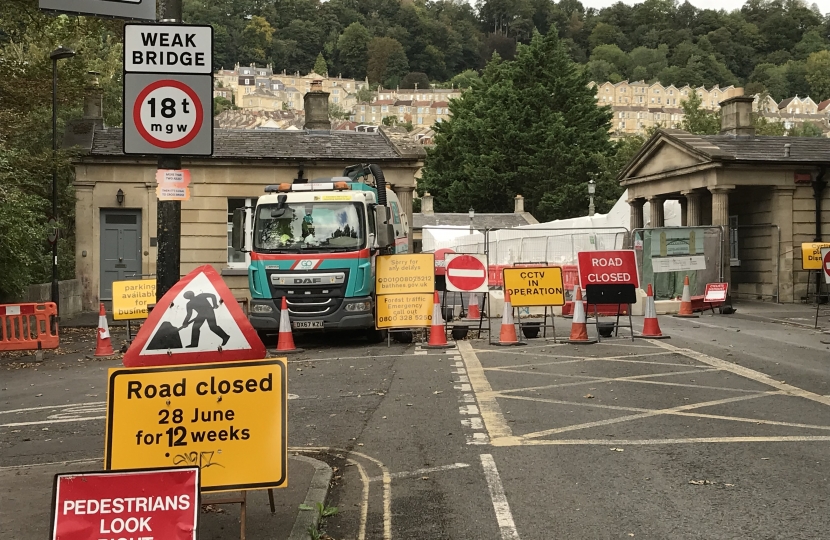 The current road chaos across Bath is 'useful', according to local LibDems, as it will force residents to stop driving.

That's the extraordinary claim made by Cllr Sarah Warren, Deputy Council Leader.  She went on record to the media arguing that LibDems plan might well create congestion but that "initial disruption will allow new travel habits to evolve".

Traffic across the city is now regularly in gridlock, and not just during the working rush hour. Weekend traffic now grinds to a halt, even when there is no extra traffic being generated by commuters, or by Bath Rugby matches, Festivals or University Open Days.  It seems the problems are caused by through traffic trying to get elsewhere, but having to pass through Bath - the only major city in the country lacking any sort of by-pass.

Conservative campaigner, Bob Goodman, a former councillor himself, said "Bath's traffic problems need to be addressed, because many in the City, including the elderly, the disabled and parents with small children, rely on their cars to get about.   This Administration is not simply not helping, it is making things far worse by actively encouraging chaos on our roads."

As well as muddle and confusion over Cleveland Bridge - carrying the major A36 going through the City - the Council has also approved months of roadworks by Wessex Water and other utilities, and now has plans for bus gates and road blocks, to channel more traffic onto the major arterial routes through the City.

Currently there are no Conservative councillors representing wards in the City of Bath.  All but three councillors are LibDems.