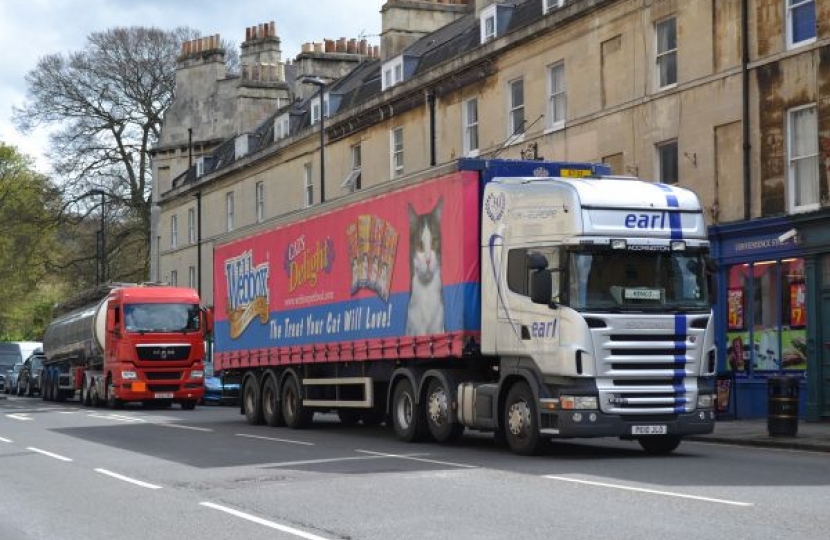 Cllr Shelford said that it is vital to reduce the impact of motor vehicles on the city - specifically the most-polluting, including HGVs, simply passing through Bath - and promote sustainable transport options that ease congestion and tackle air pollution.

The Lyncombe councillor also called on the city to have a grown-up debate about innovative ideas, such as a light rail/modern tram network.

The key objectives set out are:

To achieve these, Cllr Shelford said he will be working with Council officials and others in regional and national government on:

Cllr Shelford said his plans build on the work on traffic and air quality the Council is undertaking, and are vital to protect the City's growing prosperity, and heritage buildings:

“At the heart of this vision is an ambition to make Bath a city where it is quicker, cleaner and easier to get from A to B, with a transport system that supports our local economy, enhances Bath’s status as a World Heritage Site and reduces levels of air pollution.

“To achieve this, some major policy decisions will need to be taken about how to reduce the impact of cars on the city and improve our air quality. This includes working at a regional level to deliver the infrastructure needed to reduce the number of vehicles driving into and through our city.

But it will also require measures that promote sustainable transport, provide attractive public transport options, and encourage the use of low and zero-emission vehicles."