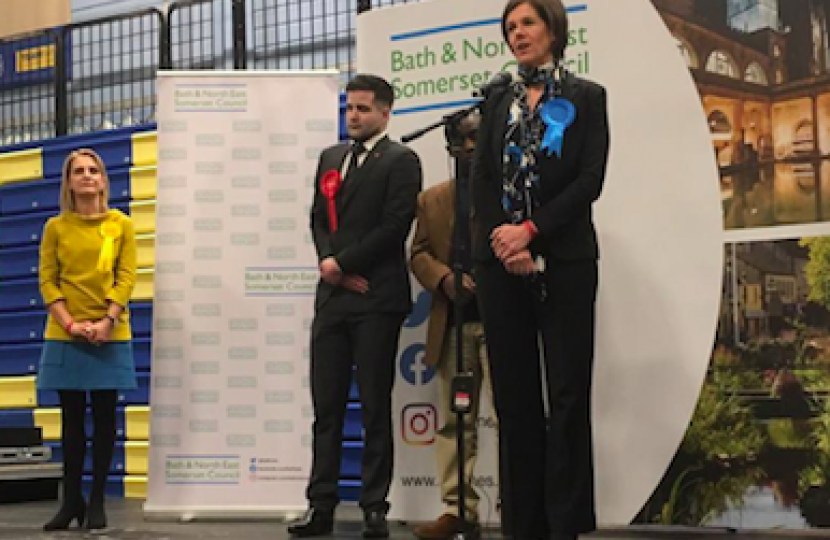 A very lively and positive election campaign in Bath saw Conservative candidate, Annabel Tall, win the support of 16,097 voters, 30% of all those who voted.

Despite Bath being a centre of "Remain", and electing all LibDem councillors only a few months ago, the Conservative vote held up well, and in fact increased in parts of the City which, in the past, have not given much support to our Party.

"It's always humbling to receive any votes, so I appreciate the support I and the Conservatives received. I and my team are particularly delighted to have apparently attracted significant support from all four corners of our city, not least Twerton, Southdown and Odd Down, where historically we have not typically won many votes.

"I congratulate Wera Hobhouse on her win, on the back of an rapidly expanding electorate, and thank her, Mike Davies of Labour and Jimi Ogunussi of the Brexit Party, for a respectful electoral battle.

"Of course, for us Conservatives, the sadness over the Bath result was mitigated by the fantastic national result. The landslide support for Boris means the country will move forwards now in a really exciting way, and for that we must be thankful.

"I am now going to have a short rest - then we will be back!"

In neighbouring North East Somerset, the other half of BathNES, where there was a noisy LibDem campaign to defeat Jacob Rees-Mogg, the LibDem candidate came third.