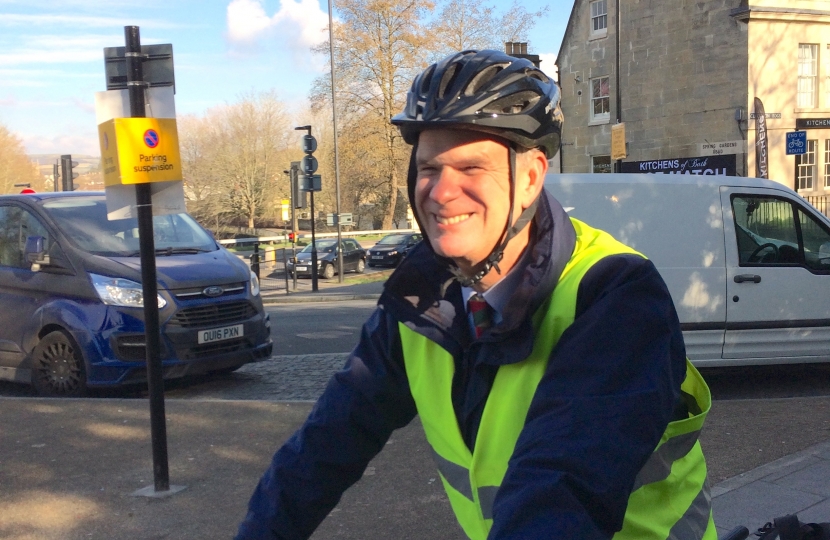 Bath Conservatives are celebrating after Bath resident and former BANES Council Deputy Leader Mark Shelford was elected to be next Police and Crime Commissioner (PCC) for Avon & Somerset.

Mark topped the poll in the Bath and North East Somerset Authority area, with 15,209 first preference votes, representing 1 in three of all votes cast (32.5%).

Turnout in BANES was up compared to previous PCC elections, at 34.3%.  This was the highest turnout across Avon & Somerset, apart from Bristol, which had full Council and Mayoral elections as well.

The PCC is responsible for managing the regional police budget, setting strategic policing priorities, and holding the police to account on behalf of the public.

Mark takes up the PCC post officially on Thursday 13 May.   In a message to Bath residents, he said:

“It is exciting but also humbling to have won such strong support from across Bath, and I’d like to thank all who voted for me and the Conservatives in this important election.

“I am now looking forward to working constructively with BANES Council to urgently re-establish a 24/7 Police Station here in Bath, something many of us who live in Bath have wanted to see for some time.

“Another issue raised with me by residents is the Council’s traffic restrictions in the City Centre, the so-called ‘ring of steel’.  Traffic management in Bath is not a matter directly for the Police or me, but I will be asking what advice the Police gave to BANES which appears to have triggered this move.

“A key part of my role as PCC is to help the Police keep people safe, and also to be the voice of the public to the Police. These two issues are concerns to people in Bath, my job is to ask about matters which are concerning the public, and that is what I am going to do here and across Avon and Somerset.”

Professor Swaran Singh has agreed to conduct a one-year review of the Party’s progress on implementing his recommendations.