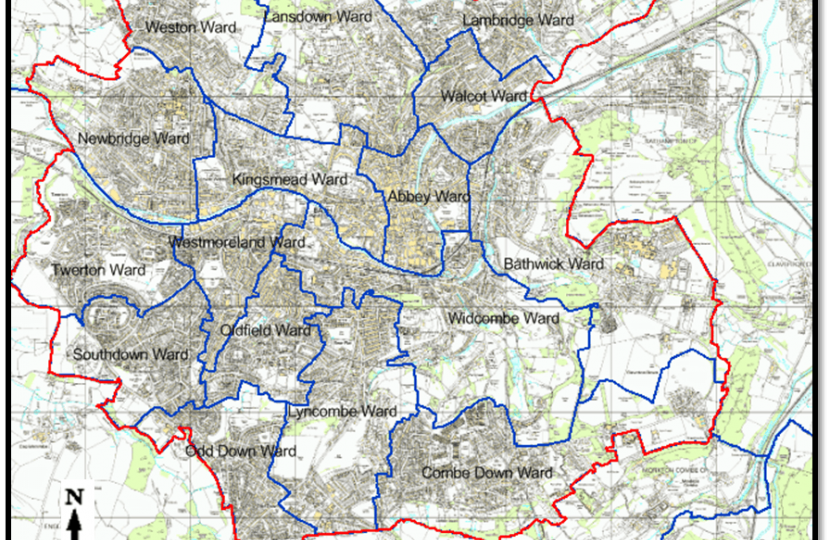 There are 37 wards in the whole of Bath & North East Somerset, represented by 65 councillors. Councillors are elected for a four year term and elections are traditionally held on the first Thursday in May. The last election was held on 7 May 2015.

There are 16 wards within the City of Bath, which forms part of B&NES. They are listed below together with the names of the 14 Conservative Councillors who currently represent those wards: